A short history of the bed

A short history of the bed

The construction of beds has evolved dramatically over the centuries. The modern bed comes from a long history of innovation and technical refinement.  Early beds were little more than piles of leaves and straw mounded into a depression in the ground with animal skins and fur providing extra comfort and warmth.

However, as societies settled in one place and agriculture developed, people became more creative and elaborate when creating a cosy and cushioned place to spend the night.  Different techniques and traditions for making beds and mattresses evolved across different cultures and societies at different times.

Today people now sleep on material designed by NASA for space exploration and have a very wide range of choices and options in terms of bedding and mattresses. 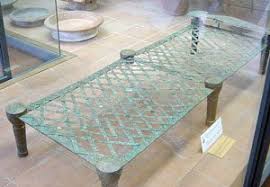 One of the first major innovations in making a bed was the development of a raised bed. Raised beds with mattresses were being used in Egypt by 3000 BCE. A raised bed elevated the sleeper from the cold and hard surfaces of the floor while offering greater protection from vermin and insects. The beds were typically made from wood and for those with a higher social status their beds would be adorned with gold, jewels or ebony. On top of the raised bed would be a mattress made from wool cushions and linen sheets for extra comfort.

Wealthy Roman citizens slept on beds made of metal frames, typically bronze, with woven metal supports. The typical roman bed would have been made out of wood with wool strung in between. Mattresses stuffed with straw and feathers, if you were wealth, were placed on top. Ancient Romans also used small cushions for comfort and they decorated their beds with colourful fabrics. For the poorest citizens and slaves their bed was unlikely to be more elaborate than a mat placed on the floor.

Beds in the middle ages 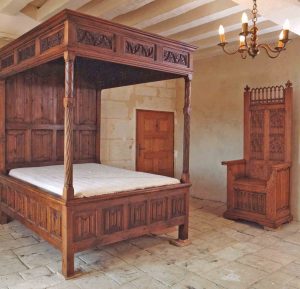 In medieval Europe the bed was one of the most important pieces of furniture in the home. And the wealthier you were the more elaborate and decorative it was, particularly in the later middle ages. From the 11th century nobles and rich merchants owned beds that had elaborate canopies and bed curtains, offering greater warmth as well privacy.

For those further down the social scale, they would own wooden bedsteads with headboards, to which were added feather mattresses, sheets, blankets, coverlets and pillows, Peasants slept on mattresses stuffed with straw or wool, while the poorest slept on straw or hay.

Industrialisation in the 18th and 19th century brought about significant changes to society and the levels of wealth and living standards for the average person. The middle classes could afford better houses, where bedrooms became private spaces separated from the rest of the house. Over time, good quality mattresses and beds became accessible to more and more people. 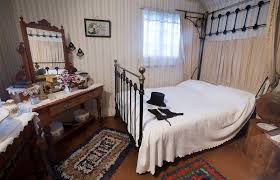 Elaborate designs, large bed heads and canopies gave way to simpler and sturdier designs that could be manufactured in greater quantities. Cotton was added to the materials used to stuff mattresses, creating a cushioned and comfortable sleeping platform

Invented in the 1870s by German Heinrich Westphal, the innerspring mattress was the first modern mattress type, replacing mattresses stuffed with hay, wool, down and other materials. Westphal used the metal coils originally used for the seats of horse-drawn carriages.

The 20th century saw the greatest level of innovation in terms of beds and mattresses, with the introduction of new synthetic materials, improved tools and new manufacturing techniques. By the 1950s innerspring mattresses had become the most popular mattresses in the Western World. How they were made and the quality varied, but due to industrialisation far greater quantities of quality beds and mattresses were available to all classes of society.

The first latex mattresses were massed produced in 1931.  The first memory foam mattress was sold in 1992 and has since become one the most popular mattress types on the market. Mattresses can be made from a variety of supportive materials to form a hybrid; such as combining a latex or memory foam layer with innerspring.

The 20th century has seen the introduction of most bed and mattress types currently available, including memory foam mattresses, water beds, adjustable beds, latex beds, air beds and so on. In terms of choosing a bed and mattress, the changes and the options we currently have are quite remarkable. We now have more choices than ever before when creating a cosy and comfortable place to rest at night.

At Beck’s Bedding, we have over 70 years of manufacturing experience and all our mattresses are custom made to order. We understand that everyone is different and not one mattress is best, or suits all. That is why we will make a mattress to suit you! This will help you sleep better and let you enjoy life. Visit our showroom located at 323 - 329 Bell Street, PRESTON and find out how you can sleep better.